Upon check-in photo identification and credit card are required. All special requests are subject to availability upon check-in. Special requests cannot be guaranteed and may incur additional charges. Airport shuttle service is available for a fee.

Located in downtown San Francisco, this hotel is 2 blocks from Union Square, which features shopping and dining. The historic hotel features a bar and rooms with a flat-screen cable TV. Every room at the Larkspur Hotel Union Square is equipped with free Wi-Fi and a CD player. All rooms are warmly decorated with dark wood furniture and include a coffee maker with local organic coffee. Bar 1915, adjacent to the lobby at Union Square Larkspur Hotel, offers wine, beer and a light menu in the evening. Room service is also available. Guests have free access to the business center, which has 2 computers and a printer. The relaxing lobby features a fireplace and a flat-screen TV. The hotel is within a 5-minute walk of the 4th and Market Street Cable Car Stop and 1.7 miles from the Fisherman?s Wharf. The Golden Gate Bridge is 4.8 miles away. 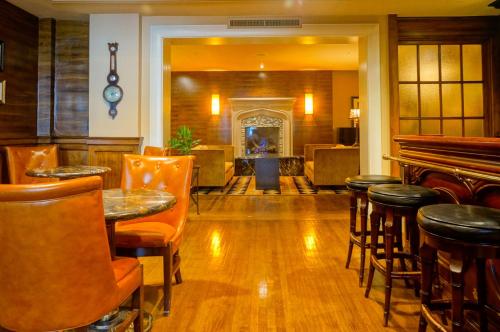 Located in downtown San Francisco, this hotel is 2 blocks from Union Square, which features shopping and dining.

Nearby Cities in U.S.A.

See all cities in U.S.A.

Other Available Hotels in San Francisco,